on April 12, 2011
We started the review me site on 6th of January, nearly the same time as the Mac App Store. Then we shifted from the blogger domain to our own domain, so we lost the first few hits. We are thankful to the developers and organisations that supported us through this journey. We put out a contest to ask our readers to look out for the hit counter to reach 5555 and send us a snapshot for a prize.

Yesterday we released the review of Do, an iOS based Task Management system review found Here. The hit counter was close and then the Glenn Chiu went to look at the review of his own app, and you have guessed it right, He got the 5555 hit counter. Congratulations Glenn, you are indeed lucky, you got a review and won the review me 5555 hit counter prize. A couple of Software licenses are coming your way.

Here's the tweet that has the hit counter http://twitpic.com/4jnrtt

and embed that image in the post, in case the image is removed at some point 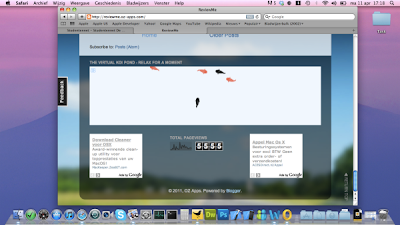 You shall get the following 5 softwares