There are plenty of ToDo lists and Task organisers. Every developer starts off with trying to solve a problem, filling a gap, and that is what makes that software/app unique. Dot Square's Glenn Chiu has an app that is in the same genre as a ToDo List but then attempts to address a gap, which makes it quite interesting.

Following creating tasks, the next thing that anyone would want to do with a ToDo List is assign priorities to the tasks, so although the tasks might have a deadline for three days from now, they could have different priorities, like for example missing out on buying flowers and Chocolates for your girlfriend on her Birthday and Valentines Day and all other days that are held special to her, which is a bit difficult, but then ToDo lists can help here by reminding before the D-Day and also highlight that this is High Priority.

To organise the tasks one might need to put them in context, lets say associated with a project, so fixing the tap would be a task under the Home improvement/Maintenance project. To further add context, there might also be the need to add tags, so that the task can be found. The same task, Fix the tap might have a tag "Plumber" and "TapWorks", so a search for either of the keywords would show the task. This is not only a useful technique for upcoming tasks but also for completed tasks, where I might want to refer the plumber to someone or maybe call the plumber again, I can quickly search for the word Plumber and I can find the task and also that it was TapWorks that did the job last time and a tag with a rating could be added to know how it went, helpful to base future decisions upon.

After setting up these fields along with the standard fields like Due Date, Notes, etc the task list organiser is complete and ready for use. Most of the scenario narrated here is what most ToDo Lists organisers have.

I recollect a discussion with Noel on Twitter, he was looking for a ToDo List organiser and he was looking at OmniFocus as an option. The rationale for his option was that it worked on both the mobile as well as the desktop devices as that was one of his two criteria. The second one was the ability to be able to sync/save data on the cloud. Till recent there were very few apps that took advantage of the cloud or remote data saves. One common solution used to be MobileMe, but given the whimsical antics of Apple, DropBox has emerged as a very reliable, robust and stable alternative.

I haven't said much about Do as yet, because all of the things said above are what Do does out of the box. Plus it has this lovely Black Leather texture feel on the UI

It connects to DropBox and saves the database as a SQLite file. The only thing that is missing here is the Desktop app, As a developer, I know how to read the SQLite database file using just a FireFox add-on but for an end user, that is a file that they are unaware of. So, this is our suggestion to the developer, if they make a Desktop App, it will be so much helpful to the end user. (Now that Chameleon Project has been released, the same iOS UI can be used in Desktop apps)

Do is a definite DO from us. Check it out, it is available on the iTunes store for $1.99 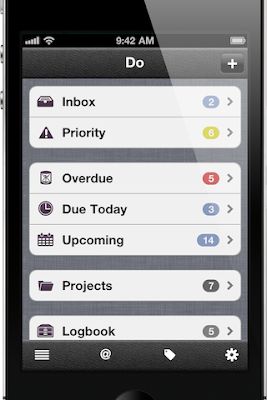 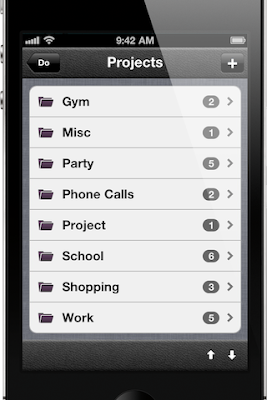 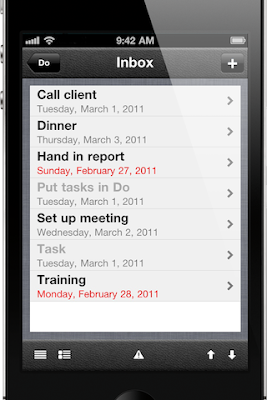 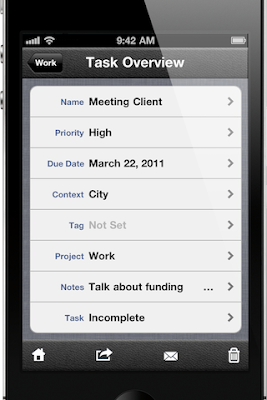 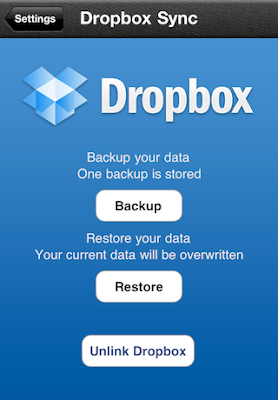 And we have a copy of DO for one lucky winner, all you need to do
1. Follow @whatsin4me
2. Retweet the message "Read reviewme.oz-apps.com, follow @whatsin4me and RT this msg. You might win a copy of #Do from @GlenChiuDev"
or
Follow us on Facebook by liking our page at
http://www.facebook.com/pages/ReviewMe/137640632964588
Giveaway iOS Mobile Review Software System Tool