Mention the word Stubby to an Aussie, a Cold Beer (or a soft drink) is what comes to mind. The stubby holder is the little wrap around to prevent heating your cold can/bottle from external factors. However in the context of this review it is used differently and refers to this lovely chunky characters that resemble Lego Men.

While most of the games have elaborate backdrops, complex graphics and have a visual overkill, Stubies has a plain white background and uses 3D rendered stubies (the lego men). If you have been subjected to the TV series Pocoyo, either as a child or for your own children, neice, nephew, you know what that feels like. A minimalistic splash of colour against a white backdrop. It is just appealing and stands out, not surprising that Pocoyo is of Spanish origin too. I have also seen a lot of amazing games come from Spain (there is a large base of retro gamers specially using the ZX Spectrum - my growing up influence, my XBox equivalent)

The game is made up of progressive puzzles and the tutorials, etc guide you slowly through the same. The gameplay involves Stubies that keep walking and when they reach the edge of the screen, they turn 180 degrees. The concept is to match two Stubies of the same colour and they are removed from the game, if two of different colours block each other, they get transformed into Grey blocks and you lose a life. There are holes in the ground (so the white must be ice, as the holes in the ground look blue - at least in the blue world) and a Stuby can fall into this hole and you lose a life. 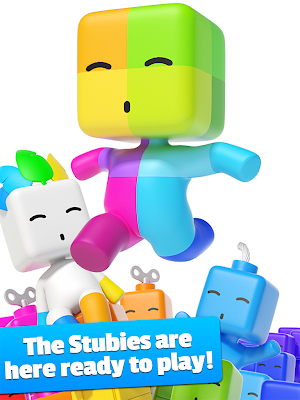 The game is created by two Spanish Indie Developers, Lukas Bahrle and Andreu Taberner. They quit their full time jobs in 2012 to make this game and have worked hard on the project. They are constantly working on this, making changes but had to release it to the people and that is in the form of this version. They suggest that there will be more additions to the game.

From a developers perspective, the game is amazingly made, polished and presented. The minimalistic approach has worked and the Stubies look good enough to eat (they resemble candy - edible sugar treats, in case the word candy has been removed entirely from the dictionary and no one can use it anymore). The game works in both Landscape and Portrait orientation (not many games do that) but it will re-orient only on the start screen (Main Menu). The animation between the menus and the level select is quite smooth and can be slid up or down to switch between the two or use the Up arrow (not back arrow, mind you). The animation of the Stubies are amazing, they have quite a few states apart from walking.

The game graphics are exceptional, the look and feel is amazing and it is due to this that the expectations from the game are increased further. The puzzle factor and the gameplay are something that grow each time you play the game. There were a couple of other users that tried this game, while I loved the puzzle and the game the reaction from others were mixed. One said, the pace of the game was a bit slow. It makes for a lovely game for kids. Each has their preferences, this is a game that looks amazing and performs flawlessly for a wonderful gameplay experience. This is another example where Indie developers can create something that looks AAA quality. It also is a case study that when the game has exceptionally good graphics and is rock solid, the expectations on game play increase. This might not be the game that you would pull out your device and play while waiting at the bus stop or the train station, nor would it be as frustrating as the Flappy Bird type of games. Kids would love it best, it has that visual appeal. 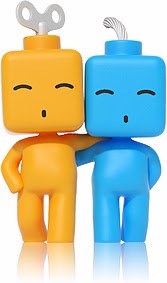