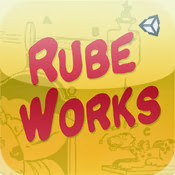 One name that stands out for ingenuity over the years is Rube Goldberg, he was known for intricate machines that would follow a domino effect, one action affecting the other and there by causing a chain reaction to achieve an outcome. These could be as simple as turning off the lights, waking a person up, etc.
Now from Electric Eggplant (David Fox for those that followed developers that made some amazing games and entertained us in the past, he is of LucasArts fame along with Ron Gilbert and Tim Schaefer) comes Rube Works: The official Rube Goldberg Invention Game. For those that have played Amazing Alex from Noel Llopis (later sold off to Rovio - the Angry Birds company) or other similar games would have an idea of the puzzles. Rube Works is interestingly a 100% port from the original drawings by Rube Goldberg in a beautifully coloured 3D environment.


This original is now converted into a puzzle as

When you start the game, there is a bit of excitement about what to expect from the game. It would be fun if the main screen was setup to work like another Rube's Machine. The game starts and the first level is a tutorial that guides you through how to play. Each item on screen and the items in the bar to choose from have hints and descriptions, pay special attention as it tells you what to do.

The game is a good reproduction of the black and white drawings of Rube Goldberg which are brought to life, and I cannot stop stressing on the wonderful 3D renderation of the same. There are currently about 9 levels that come with the app (another 9 coming soon as a free download). Personally I attempt an app in one sitting and I can assure you that it is not an easy walkthrough and at the same time it is not something that keeps you stumped. You can place the items and press the Test button which would set the items in motion. Some can be achieved purely based on gravity and physics. 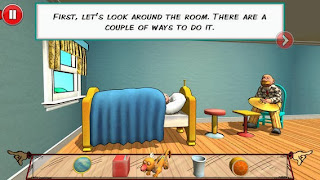 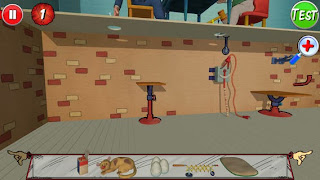 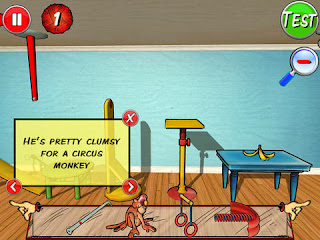 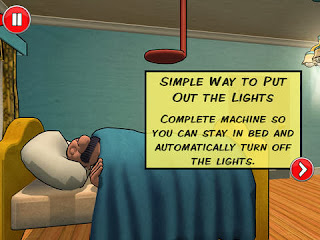 The playability of a game depends on a couple of factors including replay-ability and achievements that prompt you to revisit the game to either better your score or gain the consistency achievement of trying multiple times. Having completed the 9 levels all with 3 stars on each level and also gaining the "Boob McNutt's Apprentice Award" that specifically uses less than 4 objects to solve invention. Playing the game the first time, you would end up tapping on each and every object to see the hints and what each object is for. That puts you out of luck for the achievements that require the player to not use hints, including the "Dr. Zano's Lucky Shot Award" and the "Ichabod Rudolphus Jay's Junior Patent Award".

Update: A little birdie from Electric Eggplant has told us that there are several Easter Eggs spread across the game and there are options for users to try to solve the game with 1 star (prune) and 2 stars (prune) in addition to 3 stars for each level.

The game is fun and for those that love a puzzle this can give hours of fun, this can be tried while waiting at a bustop, train ride, airport or waiting at the doctors, whichever suits your situation. However it is difficult to stop trying a solution. No points are deducted for trying solutions before the complete final solution, so keep trying as many times as you want and of course to try that you will have to get a copy for yourself, available on the iTunes App store and an Android version coming soon. 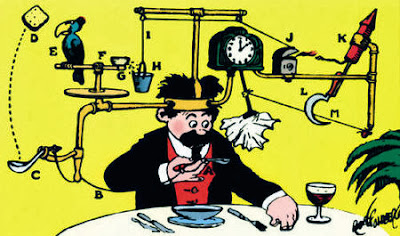