Xojo - Not a new game of Tic-Tac-Toe

on July 17, 2013
Development has changed and every decade things change, for example in the late 80's Database applications were popular which were mostly text based, the 90's were GUI based with Windows and a whole lot of Visual products, like Visual Basic, Visual C++, Visual Dev, Visual FoxPro and so on. The 2000's were more HTML/web based and PocketPC based (mobile) and then this decade is all about cross-platform and a whole lot of Mobile with multiple options; iOS, Android, Blackberry and Windows Phone. Earlier developers would create applications for a singular platform however now it is nearly customary to support multi-platforms.
Microsoft was one of the companies that made a fortune with developers and developers in turn made a fortune using these packages and more so with Visual Basic. There were plenty of Basic variants and it was a language that a lot of people, not just students, but also academics from non-IT disciplines would learn to write their own little utilities/run programs, etc. For those that grew up or worked during the early 80's would recollect that computers came with BASIC variants burned into the ROM, Commodore Basic and Spectrum Basic were one of the most popular BASIC variants that were used by people at home.

While Microsoft was defining their Basic variants, there was another company that was working on their own version of Basic. This company managed to create a variant that was as powerful as Visual Basic and was also cross-platform. This product was called RealBasic, which worked on Windows, Mac OSX and Linux. When Microsoft closed down the shutters on VisualBasic and Apple moved to Intel based machines, the need for some software that could be used to make cross-platform software became even more critical and important.

RealStudio the company behind RealBasic (reviewed earlier here) have now undergone a new look and transformation and the company is now called Xojo and so is the product called Xojo. The new UI is much better and more stable than the older one in RealBasic, more consistent across the platforms. It features a much better and modern interface like the xCode than the older propertyBox inspector from Visual Basic days. The panes are reused and the information is displayed in them depending on the context.

What does all of this mean for developers?

The Interface change has changed from looking like Visual Basic or toolbars with controls to an integrated IDE more like the xCode interface. Each control, when hovered over show an edit button that allows for quick changes to the control. Adding event/eventHandlers or subclassing is now much easier and intuitive, right click and select what you want. 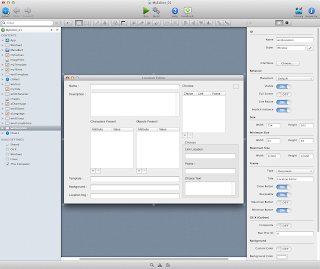 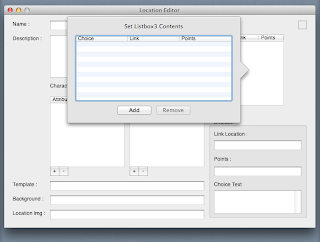 Image : Setup and pre-populate controls with data from the IDE

The types of projects that one can create with Xojo are 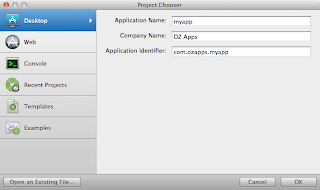 Xojo is free for all developers but you would require a license if you need to publish for any of the platforms. The costs are quite reasonable given the cost of developing for multiple platforms using a single code base. The cost of the license are a one time fee and the cost of renewal is only to be able to get upgrades. So if one was to purchase a license today, that would provide 12 months of updates and after that updates would not be available but the application would not stop unlike many other license that disable and stop the software from working. Then if one was to renew their license, they would be eligible for all the upgrades. The thing to note is that a license is only required to build applications for deployment.

The cost of the different licenses are as follows

Creating executables for any of the three platforms is easy as pressing the build button with the targeted platforms selected. 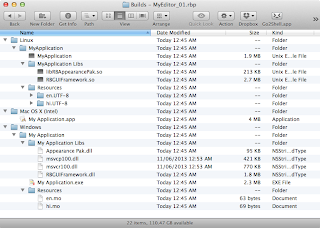 Image: Builds on a Mac OSX (for all platforms) 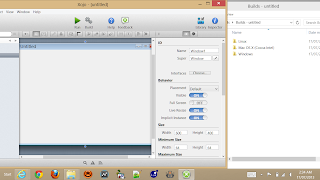 Image: Builds on a Windows 8 Tablet (for all platforms)


Learning to use Xojo

While those that have worked with RealBasic in the past would find it easy to use Xojo and if one had not worked with Xojo in the past, then there is loads of documentation and tutorials on how to work with or use Xojo, including a Free Textbook that can be found at http://www.xojo.com/learn

This review is a quick overview of Xojo, keep looking out for other articles on creating utilities/applications/tools using Xojo. We shall also try to have some articles/interviews with long time developer and Xojo Evangelist, Paul Lefebvre. In the meanwhile, Xojo is also conducting webinars on various aspects of Xojo and one could sign up for those at https://www.xojo.com/support/webinar.php

Would you want a copy?

Xojo is free to download and try. If you want a hand at winning a PRO license, you can create an application/utility/tool and the best entry would be picked as the winner of the PRO license. Send in your entries to us on reviewme[at]oz-apps[dot]com