Sprite Helper 2 Pro - Complete control on your Graphics and Animation 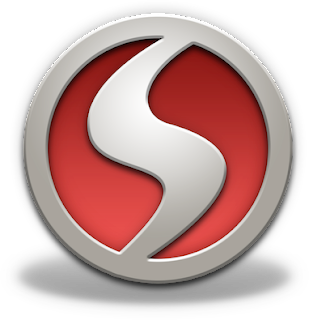 One of our favourite developers, Vladu Bogdan from Romania is true to his name. He is indeed "God-given" to game developers using a mac. His set of tools that include applications like Sprite Helper, Level Helper and Code Helper Pro are already in use and a had made life easier for a whole lot of developers. His latest offering comes in the form of Sprite Helper Pro 2.

The first app release was Sprite Helper and it was a couple of years ago it was the first all integrated IDE to work with sprite sheets. There were other options but most of them were command line tools. This was the first GUI based integrated tool, the only problem then and even now, it runs only on the Mac OSX. This exported graphics with code for use in different frameworks like Cocos2D, CoronaSDK and Moai. Then there was a flurrry of activity when a kick starter project got everyone excited about their offering called Spriter. The concept was amazing and the community is busy creating a code layer to interface Spriters output with various frameworks. This is where Sprite Helper 2 steps in. 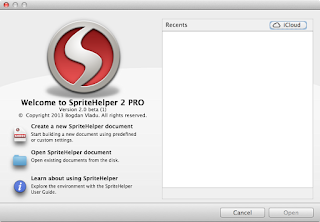 Sprite Helper 2 is a revamped, created from scratch application that provides four basic functionalities, all bundled into one. They include

These are quite self explanatory, the sprite sheets editor is what started all of this. It allows the user to collate all of the graphics into one single sprite sheet. Advantages of using sprite sheets over single graphic files has been discussed in other articles. The generated sprite sheets can be exported for use with Cocos2D, Cocos2D-X, Gideros and CoronaSDK. It also creates the relevant sheets for multiple resolutions and add the relevant prefex for them; -hd, -ipadhd, and -ipad.

Then there is the Sprite sheet animations editor that allow to create frame-by-frame animations from the sprite sheets.

Then the Physics Editor allows creating the physics shapes on the graphics which can be Autotraced, circular, rectangular or drawn Manually. 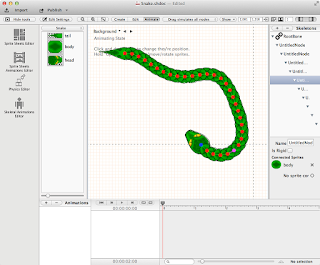 The "piece de resistance" with Sprite Helper 2 is the ability to create skeletal animations. The concept is quite simple, the model is created by placing all the portions of the model on the sheet. The next step is creating the skeletal system, Dragging or moving the skeletal system would move all of the connected bones. Each bone can be connected to multiple sprites that move along with the bone, or as one might call it, skin connected to the bone. This can be tested at any point and adjusted accordingly. A pose can be saved as a snapshot and used to revert back to for continuing from there on.

There is a timeline which can be used to create the animations, set up key frames, position the nodes and the bones and voila, just like tweening, you have sprite animation. These animations can then be exported as images for frame-by-frame animation. Just be careful about this as setting a high frame rate can create a large number of frames. The advantage of using skeletal animation over traditional frame-be-frame (or cell) animation is that each of the frame is a graphic and takes up memory. This memory used depends on the size of the animated area. if we have an animation of 50x100 pixels and consisting of 10 frames, we need space to hold 10 frames, where as with skeletal animation, the portions that make up the model are used and these are just one frame. To create the animation, these are transformed, rotated, scaled, etc Thereby saving a lot more memory and hence are faster and more versatile. Think of it as a digital puppet on the stage. 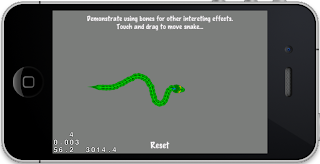 I must have missed the bit on how the poses, animations can be used from within any of the Engines via code rather than to resorting to using PNG frames.

There is additional material to test the same on GitHub which is mainly code for testing Sprite Helper 2 from within Cocos2D. That illustrates the use of the animations, etc created with Sprite Helper 2 Pro. 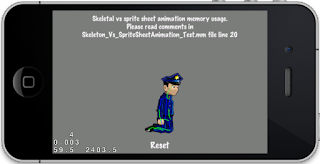 For those that would like to see it there is a in-depth detailed video that demonstrates the use and working of Sprite Helper 2 with respect to Skeletal Animation. A word of caution, it is the next best thing, but it is not necessarily for everyone, this feature is a bit more involved.

The new set of software created by Bogdan is amazing, he is creating the ultimate tool for game development, this would satisfy most of the requirement for development. The best part is that these are not expensive and the entire suite consisting of Level Helper, Sprite Helper and Code Helper are available as a bundle for $50. Which make it a wonderful deal for Indie developers and game studios.


And we have a copy of Sprite Helper for one lucky winner, all you need to do 1. Follow @whatsin4me and @vladubogdan
2. Retweet the message "I read the review for #SpriteHelper2Pro from @vladubogdan on reviewme.oz-apps.com, RT for a chance to win a Free license (@whatsin4me)"