Remember when developing apps meant applications that ran Enterprises and did a series of things that were well suited for a business? In fact when Apple released the iPhone/iPod touch, the last thing on their mind that their device would be used for was Games. With all the various frameworks, and every one making game apps, mostly physics based, what if you wanted to make an app that was business oriented?

A lot of developers have asked for a way to use native controls on a cross platform framework, for the desktops there was the QT framework or the wxWidgets which served quite well, but on the mobile devices there are some limitations and the developers that want to have a non-gaming app or even use these controls in a gaming app, do not have many options.

Never accept candy from strangers, right? But this in one candy that you would want and x-pressive.com is no stranger either. They could soon become the equivalent of Willy Wonka or the Candyman. There is a new flavour of Candy that is introduced. after ParticleCandy and TextCandy, x-pressive brings us Widgets. This is a library that is as superior as the previous Text and ParticleCandy, written in a very structured format and the code available for all to see, x-pressive believes that the developers are a honest lot. The only limitation with this library is that it is currently available only for CoronaSDK as the other candy offerings.

So, if you are a corona developer and ask, Why should I use this library while Ansca has been trying to provide native controls and UI widgets since nearly 2 years now? The answer is in your question.

When the widget UI library was introduced, it worked only for the iOS platform and it did not scale very well with the retina display. The widgets which were distributed in source form were taken away and since then they have been trying to get it right and every release has some or the other issues. The developer at X-pressive has made his mark and proved that his skills are amazing and he has been providing a quality product. Since after the Text Candy, he was at work on this, now it is in a form which he feels can be unveiled to the developers.

What does it look like?
There is a wonderful introductory video that you must see to get an idea of the various widgets that are included.


and with Themes, you can extend the app to look like whatever you want as seen in the video


Is it easy to use?
One thing that you will find different this time as compared to the other two libraries, is the use of the global variable _G, other than that the way to use this library is


and what you get with this code is 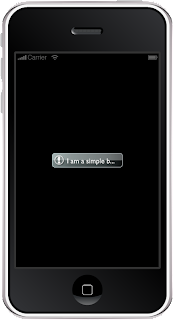 Run it on an Android or an iOS, you will see the same button. This is one of the most wonderful feature. If you are using these in a game and your game needs a particular colour and set of graphics, you can use the themes and re-skin your controls to match the look and feel of the UI.

The control is ready for sale and can be purchased from http://www.x-pressive.com/WidgetCandy_Corona/download.html and if you are a previous customer, i.e. have purchased TextCandy or ParticleCandy, you could get a 50% off on the price of this control. It is priced at the normal price of €39.95 which is nothing when you consider the amount of hours you will save trying to achieve the same effect by writing it yourself.

A little off topic, a lot of developers that start out should use tools to help them to get up to speed, but the reality is that many might not have the finances to support the same, so they continue wihtout the tools, build some of them themselves where as they could have used the same off the shelf and used their time more productively. Some enquired about purchasing a few of my controls to study the code, I had to tell them upfront that if they were purchasing the controls just to study the code, they would be quite disappointed, as I did not have them in plain text source. Corona SDK does not allow for bytecode so I had to obfuscate it as much as possible. So I feel that source code in plain text for less than 40€ is quite a reasonable price for a lot of hard work that has gone into it.

There is only one thing that the developer must consider that is missing in this wonderful library, porting his libraries to other frameworks.