Graduating.. to the next step

A while ago we had the first Middle School Confident comic book that was about "Be confident with who you are", a brilliantly created comic book for the iPad by a team that are not new to the world of interactive entertainment. Lately they are quite involved with the production of eBooks. Here's the next set in the series of the Middle School Confident set of books, called "Real Friends vs. the Other Kind"

A couple of weeks, slightly longer than a month ago, the Developer David Fox, that has a rich and experienced past specially with game design bringing us some wonderful titles from Lucasfilm games (now known as LucasArts) released the code that makes this wonderful ebook. Now the review is about the second book in the series, but maybe because of open sourcing and releasing the code, this forms a stronger bond with the book. 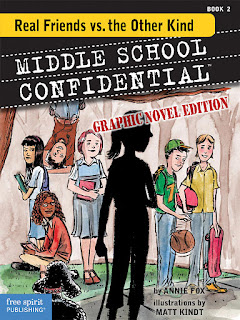 The entire series is created by Annie Fox the other Half of David, despite people wondering why these two shared the same last name, (were they possibly related?) has been working with children and teens and also runs a couple of sites for advice and mentoring kids and parents alike.

This first book has been a great hit amongst children, parent and educators. From a point of view of the content, the content though it might seem like it belongs to a book in a counselors office or one that is required *only* by troubled children, surprisingly is universal. Anyone that has been a child once, (I would be surprised if anyone was not a child once), have children or work with children in some capacity will realise that there is this stage in life that they undergo every now and then where they have questions and issues. It helps to put them onto a visual environment, a comic book to help explain a lot of things that they might not otherwise want to read off a thick 100 page booklet written by a Dr. MessWithYourMind types. The content in these books have been kept very simple and the pictures help accentuate the scenarios in an easy to understand manner. 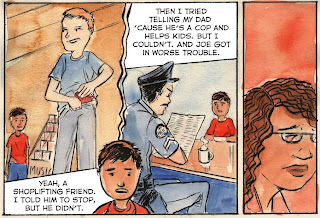 The book has been following a group of children that have been together and help themselves and their friends with these issues. Btw they do go into a very good analogy of what is a friend. I guess this is a very good refresher course even for adults to understand this concept of what is really a friend. The entire book is created in 8 chapters, which deal with several questions quite well. 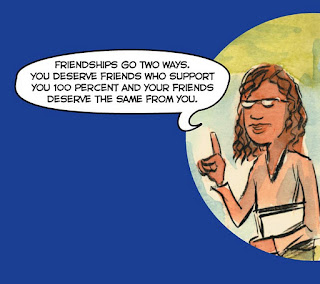 Tablets are becoming very common and this is one app that is recommended as a must have for many, we can spend $0.99 to $4.99 on some angry animal game or other, this might not be as entertaining as reading the latest comic from Marvel or DC and see the exploits of Spiderman or other super heroes but then at the end of the day, those comics lead us into the imaginary world, despite kids identifying with a suprhero of two. However when faced with reality, it is difficult to deal with things, these later can develop into physiological issues. I cannot say that reading this graphic novel will resolve all said issues, but it is definitely a self-help/educational type book in an easy to understand format. 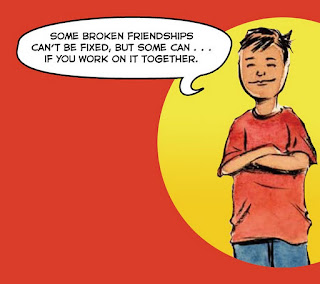