Want a SLR, cannot afford one?

Had a passion for Photography and wanted to get a SLR, but for whatever reason, a competing product, the other half, financial commitments the dream remains. There are some that would be luckier and would be able to get the SLR and... Nada, use it as a normal point and shoot camera. So what is it that makes the difference?

I must profuse that I am not an expert in cameras. For me it is a gadget that can take pictures when I want, however I am a bit picky on the colours output in a digital camera. Then looking at a few images I feel, Oh Wow, wish I could get a picture like that, and *that* in the given context is an image with the Field of Depth.

Now I would not like to go into the basics of Physics, focal lengths, field of vision, etc all I an say is that when an image is not all crisp and clear, and I can have the background blurry with the subject all crisp and clear, I think that is a good picture or in some cases the blur is a fx that shows how good a photographer the person is. It is almost akin to the interview with Guy Ritchie when he made the BMW short Film "Superstar" with Madonna. The movie involved some pretty wild stunts with a BMW 3 series, which the film crew had issues with, the car would not skid or do things that they want it to. So they had to turn off the safety features to make the car fluid. Similarly, companies spend millions in R&D to have the crispiest clear image, but there are people like me that love to see a blur in the image. It's just *creativity* to ask for what's not there.

So, how would one do that, how would one take a picture as if one took the picture with a custom lens than the automatic click and shoot auto-focus lens? How would one add effects to the image? Yes Adobe Photoshop is one option, but then as a hobbyist, I might not be able to afford Photoshop and use it to the max, plus if I were to have Photoshop just to manipulate images in this context...

Big Lens is a wonderful product released by Reallusion Apps, these are the same folks behind CrazyTalk. I have tried a couple of photograph manipulation tools, including camera+ that can provide a series of FX and manipulations, however with Big lens, there is the functionality to transform the image to look amazing with the field of depth blur, the best part is that one can use the quick edit feature that allows for a linear, circular or a custom shape for blurring. Set the Aperture to use a f3.5 to a f 1.8 type lens, and then the choice of filters help in changing the look and feel of the image (specially to make it look like the Lomo camera pictures)

This is an app that would sound quite simple when described in words, as many of us do not have an idea on what a lot of words mean, we can associate them visually like, "Ah.. Instagram effect" ah, that "blurry look and feel", which also means that this app brings to the hands of a layman the power to modify the images without having to muck around with professional tools and settings. With Big lens it is a matter of Visual manipulation. Not much to remember in terms of settings, etc. 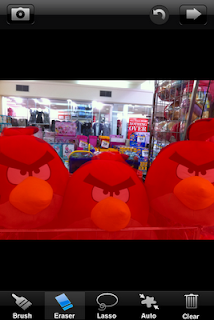 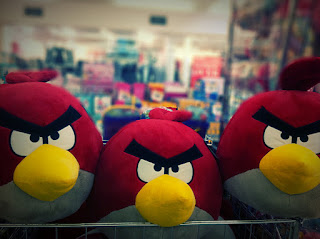 If you look closely the background has been blurred out and the FX are amazing.

On a closing note, I recollect a friend that is a professional Photographer that said, "I do not talk on my camera, so I do not expect to take pictures with my phone". So, the phones might have 8/10/12 megapixels but there are not cameras. Similarly this is a wonderfully made app that does a few amazing things to the picture. If the original was a Hi-Res image, the output is a Hi-Res image. the only thing to remember is that, a SLR camera and custom lenses cost a lot of money, and so does Photoshop, however this app is priced at $0.99, do not expect it to be a true DSLR, that woul dbe asking too much of it, on the other hand, because it is priced at $0.99 does not mean that it is a cheap / crappy app, it is quite a powerful and amazing app that would be woth atleast $5.00 or more, but is made available at $.099