Too many things to do, need a hand?

With a day being only 24 hours and several things to do, it is but a wonder that one would look for help. Good help is hard to find these days. I had a few artists that were working with me on a project and then suddenly let me down half way through. For game developers that want to develop games, here's help that will not let you down.

From Bogdan Vladu comes Sprite Helper, a Mac OS X app that creates sprite sheets from the various png's. I guess that most developers know by now that there is a trade off on mobile devices, though the memory is increasing and the mobile devices are as powerful or more as the computers were in the 90's, memory allocation is still an issue. There is no infinite party, if the threshold is reached, the app can be killed by the underlying OS. So, to ensure that the graphics memory/texture memory is better used, a larger texture or image is better than smaller ones for animation or otherwise. So for games that require lots of images, the way to go would be to bundle all of the images and create a larger sprite out of it.

Sprite Helper does exactly that. It allows for adding images and creating a larger texture. It has some nice features, where it can identify the images and auto allocate the images on the texture. The images have to be powers of 2, and the largest that iOS can support is 2048x2048. If the images cannot fit on a smaller size, the image size is increased and the images automatically arranged.

The interface is a single screen that provides a list of all images added to the SpriteHelper and the filenames are used as the spritename (useful for identification) in fact selecting a spritename would highlight the image on the screen or selecting the image on screen would highlight the spritename. The spritename can be edited by simply double clicking on the name. Shapes can be created or edited to add to an image and the best part of it all, the resulting image can be saved with code for several physics engines like Cocos2D with Box2D or Chipmunk Physics, CoronaSDK, AndEngine and pyBox2D. Another feature called find bounding boxes can be used to add images in an image that has a composite image instead of individual images.

Since CoronaSDK has been a more frequently used engine in comparison to the others mentioned, Using the generated code and working with SpriteHelper is very easy, the resulting generated code has comments that indicate what portions of text should be used and for what purpose. This makes creating physics enabled objects much simpler.

SpriteHelper is available on the Mac Appstore for $4.99 and there is also a free version that has a limit of only 5 sprites per scene and no support for polygon shapes (used for physics engines) but good to test if SpriteHelper is the tool for ones needs. However for a tool that does so much, $4.99 is hardly worth thinking about given the savings in time and effort it provides.

UPDATE: A New version has been released by the developer, this edition has some really cool features and should be available on the MacApp Store in about a week. here's a preview of what it looks like with graphics from one of OZApps's upcoming games. The new version has a much cleaner separated UI and a special focus on Physics as many games these days use a lot of Physics. Code generation has been made much easier, there is no more copy paste involved as required earlier. 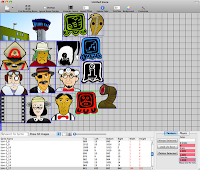 A cool new feature that is revolutionary and wicked is creation of Holes. The other cool thing is the creation of polygonal shapes with more than 8 points, this gives a better definition to the shapes. Plus defining the physics properties of the image immediately makes it a physics object in the game. 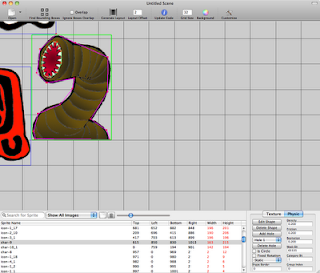 The Icon of the app is also updated and I think this one looks much better.

And we have a copy of APPNAME for one lucky winner, all you need to do
1. Follow @whatsin4me
2. Retweet the message "Read reviewme.oz-apps.com, follow @whatsin4me and RT this msg. You might win a copy of #SpriteHelper from @vladubogdan"
or
Follow us on Facebook by liking our page at
http://www.facebook.com/pages/ReviewMe/137640632964588
Developer Gaming Giveaway Hint and Tips Mac App Mac OSX Review Software Store Tool