Are you serious? Then you need this

BubbleBall hit the million downloads and a lot of people were then looking for the platform that BubbleBall was made on. Starting 2011, a lot of developers have made some wonderful games that have reached the New and Noteorthy listings and some have also topped the charts and done well for the developers. So, it means that the framework used by the BubbleBall is a good framework for creating games.

There are a lot of developers that create games, but then there are the ones that focus on more serious applications or rather have non-gaming applications that require the components of iOS Native UI. Due to the apparent non availability, the framework was being thought of as a game creator framework rather than understand the true power of the framework.

The entire source code is available on purchase, but do not let that be exciting news, the entire code is Obfuscated. The code works fine and renders fine on all the three iOS platforms, the iPod/iPhone3, iPhone4, iPad 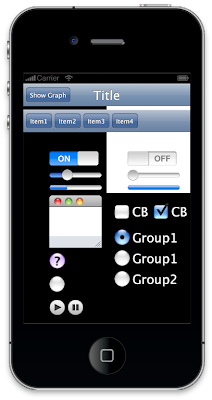 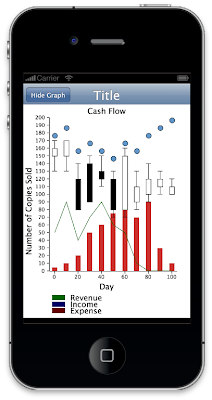 Usage is the easiest of all, here are some samples of how easy it is to use these elements.

This is how the library is initialised for use, notice line #3, the theme is called "original", which means the controls can be skinned to reflect any theme that one wants, by creating a new skin and using that.


Adding a Navigation Bar is as simple as

and to whet the appetite, here's another one which is a Mac Window (resizable)

I am sure that as David keeps working on this and has constant improvements, there will be more interesting elements released. This has opened the door for custom elements on the iOS, so keep a look out there will be plenty more for sure.

We do not have a copy of AdvanceUI+Graphs for one lucky winner, but a discount (30% off) coupon for all readers, if you order the Library from GameHK with the Code “ReviewMe”