XBOX Kinect - is it meant only for the XBOX 360 and Windows PC?

Over christmas to new year, Kinects sold like they were the essentials of life. I was hoping to get one from around February, so much so that when there was a sale at a local store, where I would have save $40 off the price, I still waited. I was a bit unhappy to be paying $199 Australian when the Australian Dollar was reaching and was at Parity with the USD. Finally, just before the New Year, we thought why not get a Kinect home, after all it is the next best thing after the accelerometers in a mobile device. I had to scout from shop to shop and ask the salesmen to check their inventories if they had one, just one Kinect left with them. At one shop, my hopes were high as they said they found two on stock, but... they had come in as they had some kind of fault :( Everyone had the Bundle, XBox 360 + Kinect, but not the Kinect by itself. After about 7/8 shops and 2 hours later, I walked into this really small shop (compared to the other big shops) called Game, they sell games and stuff. They had... 5 in stock, I picked one up instantly could not take chances, I had seen some familes looking for a Kinect and they seemed to bump into us in nearly the same shops as we went, so it was more like a few families looking for the Kinect before the new year.

At home due to the space requirements, I had to remodel my lounge room, My L-shaped 7 seater had to lose a seat to make space for playing with the Kinect as a result, my Home Office has gained a leather couch. Nice place to sit and read and unwind :)

I tried the disc that comes with it, Kinect Adventures, it was kind of OK, we had purchased Jumba for Kinect, in the hope that it could teach us something in the comfort of our own home, but it was a bit too involved to start with, so we returned it to swap with Dance Central. (we got to try the demos on the Adventure Disc for Dance Central and Joy Ride) Joy Ride was more of a fun game but we all wanted to try out Dance Central. It teaches you how to dance different styles of dance. I did not know dancing to Funkytown was more difficult than Poker Face or PitBull's Hotel Room song. The other one was Your Shape:Fitness Evolved, that really punishes you based on your body type. 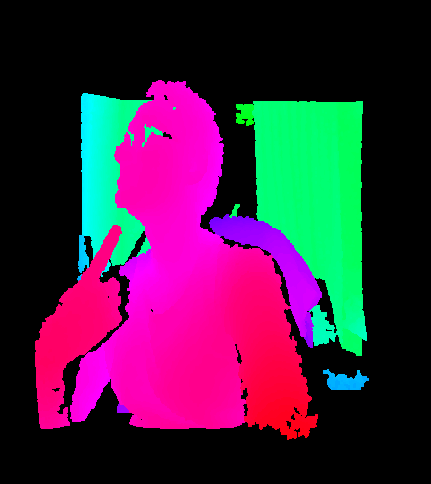 While I was looking at the US Mac App store, I saw this app called KinectViewer. Earlier I had read somewhere that the Kinect drivers have been hacked and can be used on the Mac. I did not give it much of a thought. When I saw this app, I thought WOW, this app might have all the drivers, etc and might work out of the box. Not only were my hopes shattered but it gave me a bit of pain trying to set it up with the mac. Followed the instructions as on some sites, found that I am missing cmake (I don't have use for that) had a bit of fun (sarcastic remark) trying to download Homebrew, MacPorts and Fink, finally just installed cmake and using the wonderful GitBox from Oleg Andreev, downloaded the repositories as mentioned and followed the instructions. Success...TaDa!! still no go, the led on the Kinect turned from green to red and I turned a bit pale yellow, Have I Stuffed up the Kinect? Well if I have I can take it back to the shop, how would they know that I tried to use drivers off the net to try to run Kinect on the Mac. I had no idea of what I was doing, I repeated the exercise about three times and each time I ran glview, it would detect the camera but crash at the point where it displayed something about w to tilt up, x to tile down, etc. Even in KinectViewer there was nothing, just a big Red Square. In my last attempt, I just started KinectViewer again and TaDa!! I could see myself in the *thermal* view all coloured in red and pink (not that I was wearing those colours, the image was coloured based on the depth) I fired up Screenium and captured a portion of the screen as a video for you so have a look. Links at the bottom of the post.

This is good news, because it is just a matter of time that we will start to see apps that are built taking advantage of this technology. It is a surprise that Apple has approved of this app. I would have thought that they would not approve of such apps, specially since it kind of violates the fact that Microsoft does not want the Kinect working with other hardware as yet. Since the Kinect has multiple cameras, including an infrared one, it captures the gestures quite well, even in low light. I would wait for the day when small apps and games start to show up on the Mac (officially, endorsed by Micrsoft) that use the Kinect, after all Microsoft does not want to restrict the device to their own hardware. If they have sold over a million Kinects just for the XBox, if people could use it with their Macs, PC, PS3, etc imagine how many more of Kinects would sell and how beneficial it could be for Microsoft.

My largest issue with the XBox and the PS3 is can they not take a page out of Apple's book and try to make their devices energy efficient? On standby and sometimes even switched off, the XBox and the PS3 are both big electricity hogs. Well, this little experiment with the Kinect compiling the drivers from the internet and trying to install them reminded me of the times when I was teaching Linux/Unix at the university, before they dropped this subject as it did not seem relevant anymore for IT Students. Here are some videos of me trying to see how much can the cameras track, so you can see me move my hands, fingers, mouth, etc...