on January 17, 2011
It is not a secret that the iPad2 will be released soon and around April. It is expected that the iPad2 would be more like the iPhone4 and have a hi-res display. To be honest, I have come to love the resolutions of the Apple products. I cannot look at other devices for long without hurting. So a retina iPad would be an amazing thing. So when we double the resolution, we would get 1024x768 X 2 = 2048 x 1536. In terms of dpi that would not be considered retina display (approx 264 dpi) but it will make for a clear crisp display. These revelations are doing the rounds on the net, where some keen eyes have spotted graphic assets in the new iBook update for the older iPhone3, iPhone4, iPad and the coming iPad2.

From a users perspective, this is amazing, the display would be crisp and my iMac 27" is 2560 x 1440, the iPad would nearly cover that. That is enormous screen estate. Applications like Books, Graphics, Games would pop out. The thought of it in itself is so exciting.

However, from a developers perspective, I cannot express my opinion without being rude. The size of an app has increased when apps started to support the new retina assets. The biggest issue between the two systems are 480x320 is a 1.5 and 1024x768 is 1.33 so the screen aspect ratios are a bit different, which means there cannot be a single set of assets that an cover all the 4 possibilities.

Some good news is that Apple has already discontinues support for iPhone3 under the newly released iOS 4.3 (developer versions) So soon the only devices supported will be retina devices. That is hardly any good news, for reason that the new devices, iPhone, iPads are not cheap and are used as main devices/phones, but the older ones are mostly used for development testing. If Apple start to kill support for them, it is difficult and not realistic to have new devices for testing. 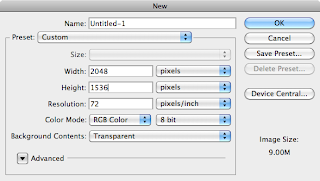 I hope you can see how it starts to grow and it would be a pain to manage.

I would be very disappointed if the iPad2 came without retina display and even more as a developer if it did. Some people are just not easy to please. Where do you sit, what do you think?
Pre-release Rant